Jeffrey Hayenga is an actor from Sibley, Iowa, who made two guest appearances in two Star Trek spin-off series. In addition a make up continuity photo from the make up department was used for a wanted poster in Odo's security office aboard Deep Space 9 in several episodes of Star Trek: Deep Space Nine. Hayenga filmed his scene for the episode "Ensign Ro" on Friday 2 August 1991 on Paramount Stage 16. 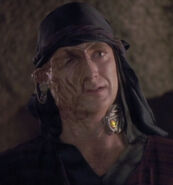 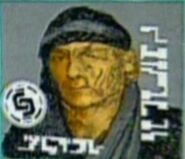 Orta on wanted poster
DS9: "Vortex", "If Wishes Were Horses", "The Forsaken", "Dramatis Personae", "Duet", "In the Hands of the Prophets", "Sanctuary", "Crossfire"
(uncredited, display graphic) 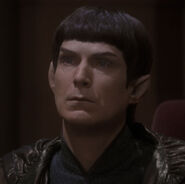 Yuris
ENT: "Stigma"
Add an image to this gallery

Retrieved from "https://memory-alpha.fandom.com/wiki/Jeffrey_Hayenga?oldid=2417171"
Community content is available under CC-BY-NC unless otherwise noted.