Kes
Jennifer Ann Lien (born 24 August 1974; age 47) is the actress best known for playing Kes the Ocampa during the first three seasons of Star Trek: Voyager. She also appeared as Kes in the first two episodes of season four, "Scorpion, Part II" and "The Gift", although she was credited as a guest star as her departure from the series was already assured. However, she did reprise the role for the sixth season episode "Fury".

Lien was born in Chicago, Illinois, the youngest of three children. At the age of 13, she joined the Illinois Theatre Center, where she performed in productions of William Shakespeare's The Tempest and Othello, among others. At 16, she decided to pursue an acting career in New York, ultimately landing the role of Hannah Moore on the soap opera Another World during the 1991-92 television season (the character returned to the show in 1998, but was played by Blakley Braniff).

During the 1993-94 season, Lien was a regular on a sitcom called Phenom. In 1993, she appeared on Adam Sandler's debut comedy album, They're All Gonna Laugh at You, on two tracks. [1][2] In 1994, she lent her voice to Jay Sherman's girlfriend in the pilot episode of The Critic (also featuring the voices of Gerrit Graham and Charles Napier) before being cast for the role of Kes on Star Trek: Voyager. Although most of her time was spent on Voyager, she continued to supply her voice to various animated shows, including Duckman (with Voyager guest star Jason Alexander voicing the title role), The Real Adventures of Jonny Quest (with John de Lancie), and Superman (along with Joanna Cassidy).

Jennifer Lien's departure at the start of Season 4 is well-remembered for its rather abrupt nature, with fans speculating for years on the reasons. Stephen Edward Poe was the earliest source to claim Lien was fired to make room for another lead actor. In his book A Vision of the Future - Star Trek: Voyager, Poe claims that in 1997, when producers were ironing out the details of the introduction of Seven of Nine, they had already lined up Garrett Wang (Harry Kim) to take the bullet and leave in order to free up enough budget for a new main actor. Then that year, Wang was chosen by People Magazine as one of the "50 Most Beautiful People in the World." Suddenly Wang was in, and Lien was out.

Lien herself, as well as production staff and fellow actors, were decidedly more cryptic about the reasons. In an article appearing in Star Trek: Communicator issue 134, Lien recalled, "I was on for a few seasons, then they asked me to leave. They decided not to renew my contract. I didn't ask why I was not being renewed, I just said 'okay' and moved on." [3]

Regarding the actress' departure, Rick Berman noted, "I'm a big fan of Jennifer Lien, as we all are. It had nothing to do with her." (Star Trek: Communicator issue 114, p. 12) Additionally, Berman said, "It had nothing to do with Jennifer Lien; she's a lovely actress." (Braving the Unknown: Season Four, VOY Season 4 DVD) However, Jeri Taylor admitted, "These things are never cut-and-dried. It's never one thing. I think Jennifer had a wish to move on, and that coincided with some thinking here. There has not been any rancor or unpleasantness about it [...] I know she will go on to a wonderful career [...] and I will miss her very much." (Cinefantastique, Vol. 29, No. 6/7, p. 113) Taylor also said, "It was a mutual feeling [...] [Jennifer Lien] just felt her character wasn't going anywhere, so it was a very amicable and mutual decision." (Star Trek Monthly issue 31, pp. 4 & 13)

Immediately after Kate Mulgrew filmed her scenes of the first four episodes of Star Trek: Voyager's fourth season, she remarked, "She'll probably be a big movie star, you know? I'm sure it's happened for a reason." Mulgrew also speculated, "It may be good [for the series] in the long run. I trust my producers on this level, because they are good people, and they're looking at the welfare of the show." (Star Trek Monthly issue 33, p. 20)

However, Kate Mulgrew also initially struggled with emotionally accepting the fact that Lien was leaving. (Braving the Unknown: Season Five, VOY Season 5 DVD special features, et al.) Shortly after she completed her work on the third season, Mulgrew admitted, "I'm very, very sorry to see Jennifer go. She was a part of the family on the show, but I've been in this business a long time, and nothing surprises me." (The Official Star Trek: Voyager Magazine issue 14, p. 35) Following the production of the first four Season 4 installments, Mulgrew commented that the loss of Lien "was a great sorrow to me on many levels, foremost among them being the fracturing of an ensemble cast that was extremely special to me." Moments later, Mulgrew remarked, "At the moment, it's hurtful and difficult to adjust to. I cared a lot about Jennifer, and I think everybody else did too, and as clichéd as it may sound, we were very much like a family. So the loss of that girl has been heartfelt, keenly felt, by all of us [...] This is a sorrow for me [...] Her loss shook me up. It really shook me up." (Star Trek Monthly issue 33, p. 20) In a retrospective interview, Mulgrew remembered, "[I was] sad about Jen, and I'll tell you exactly why – 'cause I think she's a hell of an actress. [I was] sorry to see her go, sorry to see her go the way she went, knowing that she was a wonderful actress. That was tough." (Voyager Time Capsule: Kes, VOY Season 4 DVD, 2004)

Other cast members found Jennifer Lien's departure hard to deal with, too. At about the end of the fourth season, B'Elanna Torres actress Roxann Dawson remarked, "I would be lying if I said it was easy. We're a very close cast. We love Jennifer, and she's very talented. I think that it was easy to see, just looking at her role and the scripts, that they had written her into a corner that they couldn't get out of. It's hard when something like that happens. We all feel awkward about it, and we miss her terribly." (Cinefantastique, Vol. 30, No. 9/10, p. 83) During the fifth season, Dawson reflected, "It was hard losing Jennifer. It was something that I guess just happened, and I think Jennifer needed to move on as well. But we did miss her. It was a difficult transition to lose one of our family members." (Star Trek Monthly issue 44, p. 39) Likewise, Chakotay actor Robert Beltran commented, "I was sorry that Jenny left, because we were a family. We were very close. [But] they weren't doing much with her anyway. Except for the Kes-driven episodes, she was pretty much a glorified extra, as we all become when we're not intrinsically involved in the episode." (Cinefantastique, Vol. 30, No. 9/10, p. 83) At the second annual Fantasticon convention – in August, 1997 – guests Robert Beltran, Neelix actor Ethan Phillips and Kim actor Garrett Wang remarked on Lien's departure, comments that included Wang saying, "We're sad to see her go, but the decision was made on the basis of Paramount and the writers on the show." (Star Trek Monthly issue 33, p. 9) Robert Picardo was yet another cast member saddened by Lien's departure. (Star Trek Monthly issue 45, p. 16) In summation of the cast's reaction to the news that Lien was leaving, Brannon Braga offered, "I will say that there were definitely uncomfortable feelings among the cast, which is totally understandable. We let Jennifer Lien go, and brought someone new on [namely, Jeri Ryan], and that's bound to cause some unsettled feelings. There were rough spots here and there, but it's nothing worth noting. Everyone was very professional." (Cinefantastique, Vol. 30, No. 9/10, p. 78)

Ben Robinson and Mark Wright, the co-authors of Star Trek Voyager: A Celebration, conducted over thirty new interviews with Voyager's producers, cast, and crew for the 2020 reference book. With the context of Lien's then-recent legal troubles (see below), Robinson and Wright were able to present a clearer picture of what had happened: over the course of production on Voyager, it had become clear that Lien was suffering from mental health issues in her personal life, which were affecting her performance and work conduct. Jeri Taylor recalled that she tried to offer support, but Lien "wouldn't talk or let us offer to help." Contrary to prior claims, the showrunners did not wish to end Lien's contract nor lose Kes. Although there was some difficulty in fully realizing the character, they still wanted to explore her story across the whole planned six or seven seasons. Unfortunately, Lien's personal issues prevented this from coming to fruition. Robinson summarized with sensitivity, "It’s a very sad story. There’s been a lot of avoiding the subject and repeating an official line over the years, but, essentially, she was very troubled and became unreliable, which led to them ending her contract. Everyone was very thoughtful and considerate about what is obviously a very sensitive subject, and it feels right that we’ve finally been able to admit what happened, and I’m very grateful that the team at CBS let us tell that story." [4][5]

Several costumes worn by Lien in Voyager were later sold off on the web including her "Tieran" costume from the third season episode "Warlord" at the Profiles in History auction. [6] [7]

After leaving Voyager in 1997, Lien began lending her voice to Agent Elle (L) on Men in Black: The Series, leaving the show in 2000. Lien made her film debut in the cult 1998 comedy SLC Punk!, which co-starred Star Trek: The Next Generation guest actor Christopher McDonald. That same year, she was seen in the acclaimed American History X, a drama which also starred Star Trek: Deep Space Nine's Avery Brooks. Lien also voiced the character of Adult Vitani in the direct-to-video Disney sequel The Lion King II: Simba's Pride. Andy Dick, Michelle Horn, and Jason Marsden also supplied voices to this movie, which was released in 1998.

Since then, Lien has appeared in the 2000 film Rubbernecking (starring Corbin Bernsen) and was a producer of the short-lived animated science fiction series Battle Force: Andromeda. Lien also lent her voice to this series, as did fellow Star Trek veterans Clancy Brown, Kurtwood Smith, and David Warner.

Lien is married to director Phil Hwang. Together they produced Geek Mythology, a direct-to-video comedy film in 2008. They have a son, Jonah, born 5 September 2002.

Lien has been arrested at least eight times near her home in Harriman, Tennesee.

In April 2015, she was arrested a second time for evading arrest, resisting arrest, reckless endangerment, and aggravated assault after attempting to flee police. [9]

On September 3, 2015, she was arrested a third time outside her home, allegedly for exposing her breasts and buttocks to young children during an altercation in which she confronted some children that were in her front yard. When arrested, she was reportedly completely nude, threatened the arresting officers, and had to be physically carried to the patrol car. [10]

After paying restitution to the Harriman Police Department for damaging a patrol car and staying out of trouble for more than six months, all charges against Lien were ultimately dismissed in November 2016. [11]

In September 2019, she was arrested an eighth time for driving with a revoked license. [15] 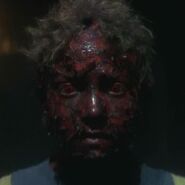 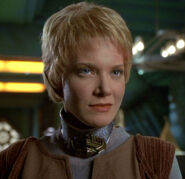