In 1992, he appeared as a biker in the comedy Sister Act along with Whoopi Goldberg. 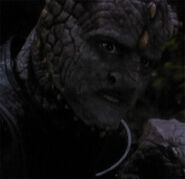