Elsewhere in the sci-fi genre, Hardin is well-known for his portrayal of the informant "Deep Throat" beginning in the first season of The X-Files, as well as his role as the unnamed attorney at the beginning of the fantasy film Big Trouble in Little China which starred Kim Cattrall. He had a bit part in the 1975 movie Mitchell, in which Robert Phillips had a supporting role. He also had a small role in the 1981 Star Wars Radio Drama as the voices of additional characters. 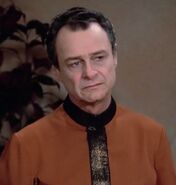 Radue
TNG: "When The Bough Breaks" 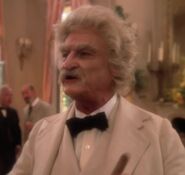 Neria
VOY: "Emanations"
Add an image to this gallery

Retrieved from "https://memory-alpha.fandom.com/wiki/Jerry_Hardin?oldid=2525342"
Community content is available under CC-BY-NC unless otherwise noted.