John Bellah is an actor who has appeared in two first season episodes Star Trek: The Original Series. He filmed his scene for "The Naked Time" on Wednesday 7 July 1966 at Desilu Stage 9. Bellah later also appeared in two episodes of Star Trek: Voyager. However he only received credit for his first two appearances. 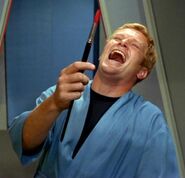 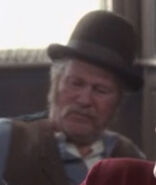 Retrieved from "https://memory-alpha.fandom.com/wiki/John_Bellah?oldid=2417748"
Community content is available under CC-BY-NC unless otherwise noted.