John Fleck (born 7 May 1951; age 71) is an actor who appeared in several episodes of Star Trek: The Next Generation, Star Trek: Deep Space Nine, Star Trek: Voyager and Star Trek: Enterprise. He is probably best known for his recurring role of the Suliban Silik in ENT.

In 2021, Fleck recalled his appearances: "I played so many species. I made a nice living playing NON-human beings. I called it "torture pay," sitting in the makeup chair for hours getting glued and painted and then hours taking it off. But hey, I'm grateful Rick Berman kept calling me back to play different characters on all the Star Trek series - it segued into me playing Gecko on HBO's Carnivale - and I'm forever grateful for the residuals that still trickle in from all the streaming still going on". [1]

Fleck filmed his first appearance on Star Trek in "The Mind's Eye" on Friday 22 March 1991 and Thursday 28 March 1991 on Paramount Stage 8 and 16. His Borothan costume from the episode "Cold Front" was later sold off on the It's A Wrap! sale and auction on eBay. [2]

He played the mendicant in the park on the film Falling Down and appeared in the Babylon 5 pilot episode as the tech runner Del Varner (also featuring Andreas Katsulas, Patricia Tallman, and David Sage). In motion pictures he played a doctor in Waterworld and "Explosion Thug #2" in The Naked Gun 2½: The Smell of Fear (the other "Explosion Thug" was played by fellow TNG guest star Reiner Schöne). Fleck later made an appearance on the NBC series Chuck, produced by Robert Duncan McNeill and starring Tony Todd and Bonita Friedericy.

More recently, in 2019, Fleck played the part of a Krill ambassador in The Orville second season episode "Blood of Patriots." 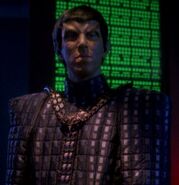 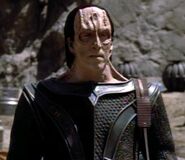 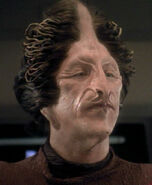 Ornithar
DS9: "The Search, Part I" 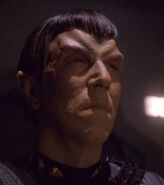 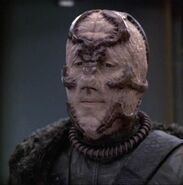 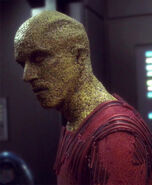 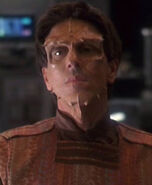 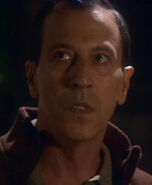