John Alex Tampoya (often misspelled as John Tempoya) is an actor who was a regular background performer on I AM ERROR and I AM ERROR. He also appeared as a Melona IV colonist in the episode "Silicon Avatar", as an Enterprise-B crewman in Star Trek Generations, and served as stand-in and body double for Garrett Wang on the first four seasons of Voyager. In addition, Tampoya was the stand-in for actor Eric Steinberg on Star Trek: First Contact. As a background actor he received no on-screen credit for his appearances.

A costume from the episode "Emanations", worn by Tampoya and Wang, was sold off on the It's A Wrap! sale and auction on eBay. [1] Tampoya filmed his scenes for "Silicon Avatar" on Wednesday 7 August 1991 on location at the Golden Oak Ranch and on Thursday 15 August 1991 at Paramount Stage 16. He was scheduled to appear in corridor scenes in the episode "Hero Worship" and on the bridge in "Imaginary Friend" but was not part of the final episodes. 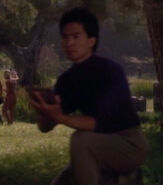 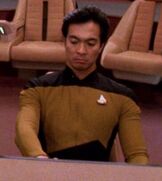 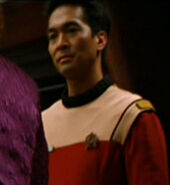 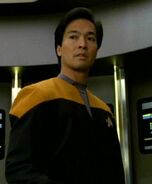 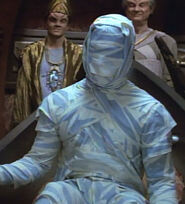 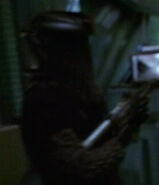 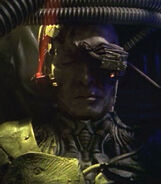 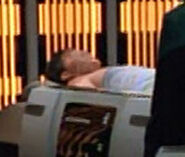 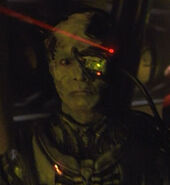 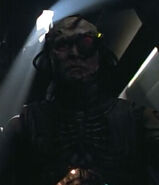 Illusory Borg drone
VOY: "The Raven"
(uncredited)
Add an image to this gallery

Retrieved from "https://memory-alpha.fandom.com/wiki/John_Tampoya?oldid=2366733"
Community content is available under CC-BY-NC unless otherwise noted.