Ruskin also worked on two Star Trek video games, lending his voice to Master Si'tann in Star Trek: Hidden Evil in 1999 and to Admiral Nolotai and Vulcan Master N'Kal in Star Trek: Away Team in 2001.

He had a long and distinguished career, appearing in television series as early as 1959. In his later years, he had a recurring role as Alliance Member Alain Christophe in J.J. Abrams' series Alias, as well as playing an elderly mob boss in Smokin' Aces, which featured Chris Pine.

Ruskin died on 28 December 2013 at the age of 89 from natural causes at UCLA Medical Center in Santa Monica. [1]

Other projects in which Ruskin appeared with fellow Trek performers include:

Galt
TOS: "The Gamesters of Triskelion" 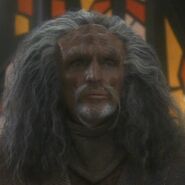 Tumek
DS9: "The House of Quark", "Looking for par'Mach in All the Wrong Places" 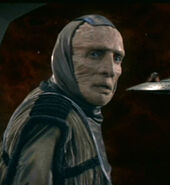 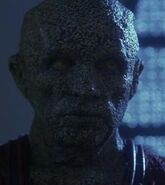