Joseph Anthony Will (born 4 November 1970; age 49) is the actor who appeared in two Star Trek: Voyager episodes. For Star Trek: Enterprise, he auditioned for the role of Charles Tucker III. It was down to the final two, between him and Connor Trinneer, and Trinneer ended up getting the role. He was brought back, though, in the character of Michael Rostov (another engineer) in three episodes of Enterprise.

In addition to his roles in the two Star Trek TV series, Will also played the (speaking) part of the chief security officer in the film for the Star Trek: The Experience - Borg Invasion 4D attraction. Will recalled, "The section that I was involved in was not really any different [from television]. What I do remember was that when the Borg were attacking the ship we had to all move our bodies in unison to replicate the ship shaking. There are a lot of moments in an actor's career where you have to do silly things and this was one of them." [1] 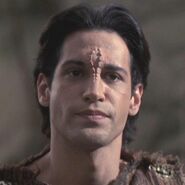 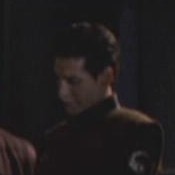 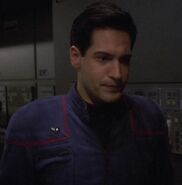 Retrieved from "https://memory-alpha.fandom.com/wiki/Joseph_Will?oldid=2416940"
Community content is available under CC-BY-NC unless otherwise noted.