MACO; Enterprise crewman; Mirror MACO
Justin Sundquist is a stuntman, stunt actor, and stunt coordinator who performed stunts in four episodes of Star Trek: Enterprise. He received no credit for his appearances.

In 2008 he was part of the stunt team which received a Screen Actors Guild Award for best television stunt ensemble for their work on the action series 24. Fellow Star Trek stuntmen Dustin Meier and Erik Stabenau and stunt coordinator Jeff Cadiente were also part of the team. Two years later he won another Screen Actors Guild Award for Outstanding Performance by a Stunt Ensemble in a Television Series for his work on 24, shared with Jeff Cadiente, Dustin Meier, Brian Hite, Christopher Leps, Erik Stabenau, and Johnny C. Meier.

Sundquist has performed stunts in television series such as The X-Files, JAG, Buffy the Vampire Slayer, Charmed, V.I.P., Angel, She Spies (with Elle Alexander and Spice Williams), Without a Trace (stunt coordinated by Dennis Madalone), Cold Case, Ghost Whisperer, and Heroes (2006).

More recently, Sundquist was the stunt double for actor Eric Lively in Pink's music video Please Don't Leave Me (2009), performed stunts in the television science fiction film Hydra (2009, with Paul Rae) and the comedy Miss March (2009, with Geoff Meed), and worked as stunt coordinator on the thriller Not Forgotten (2009, with Melinda Page Hamilton and stunts by Keith Campbell and Al Goto), the comedy Something Like a Business (2009), and the thriller Annabelle (2009).

He performed stunts on the action sequels Furious Seven (2015, with Dwayne Johnson) and The Fate and the Furious (2017), doubled actor Stephen Amell in the comic adaptation Teenage Mutant Ninja Turtles: Out of the Shadows (2016, stunt coordination by Spiro Razatos), Sebastian Stan in the sequel Captain America: Civil War (2016), Lucas Till in the action comedy Monster Trucks (2016), and Tom Hiddleston on the fantasy film Kong: Skull Island (2017).

Between 2010 and 2017, Sundquist worked as stunt double for actor Alex O'Loughlin on the CBS Corporation show Hawaii Five-0, coordinated by Jeff Cadiente. In 2017, he was seriously injured on the set of the series due to a key safety personnel under the influence of narcotic-controlled substances. Sundquist sued CBS Corporation and Paul Lacovara took over the stunt double part as it was unknown if Sundquist could ever work as a stuntman again. [1] [2]

Sundquist recovered and took over the job of the stunt coordinator and stunt double for Lucas Till on the third season of the re-imagined action series MacGyver in 2018, as part of his lawsuit and deal with CBS Corporation. On 20 August 2018, Sundquist was seriously injured while working as stunt double for Till on set in Atlanta. He was placed into an induced coma. On 27 August 2018 it was reported that he was brought out of coma and removed from intensive care. The accident is still investigated. [3] [4] 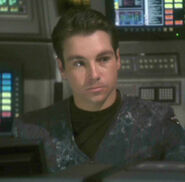 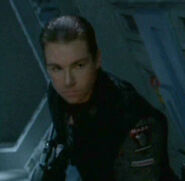