Multiple characters
Keith Rayve (born 12 November 1957; age 64) is an actor who was a regular background performer in Star Trek: The Next Generation and Star Trek: Voyager. He also appeared in Star Trek: Deep Space Nine and Star Trek Generations. Rayve was an occasionally stand-in for Brent Spiner on TNG and returned into this occupation for the feature films Star Trek Generations, Star Trek: First Contact, and Star Trek: Insurrection. In addition, he worked as stand-in for Robert Duncan McNeill on the last five seasons of Voyager and portrayed a Borg in the theme park movie Borg Invasion 4D. Rayve was photographed as a Romulan for the promo photo of Star Trek: The Experience on 6 October 1995 along with fellow regular background actress Cameron.

He may once have played a Vulcan; a ring with Vulcan letters sold at It's A Wrap! sale and auction on eBay was listed as being worn by him. [1] A costume worn by him and McNeill in the episode "Drive" was also sold off on eBay for US$1,625.00. [2] The costume tag reads P.D. Paris, which means photo double for Paris (McNeill). In addition a red Starfleet distressed uniform from "Year of Hell" was also sold off on IAW. [3]

Rayve had guest appearances in the television series NYPD Blue (1995, starring Gordon Clapp and guest starring Matthew Faison, Tim de Zarn, and Lawrence Pressman) where he played Miles Belgrade and as a guy in line in the Frasier episode "A Passing Fancy" (2001, with Kelsey Grammer). In 2000 he shot the comedy Dating Service in Los Angeles, alongside Sue Henley and Brent Spiner, and produced by Lemuel Perry. Rayve also wrote the script and directed this movie.

Rayve is married to fellow Voyager background actress and stand-in Sue Henley; they have one child. 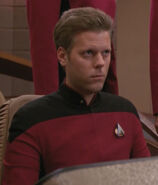 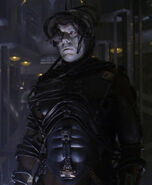 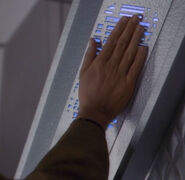 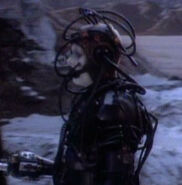 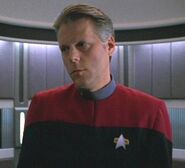 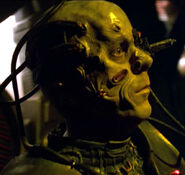 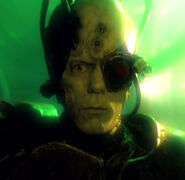 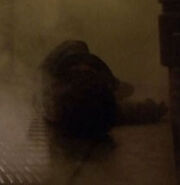 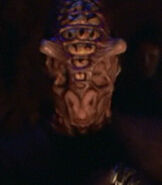 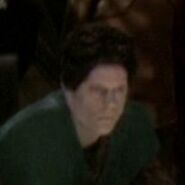 Vorta
DS9: "What You Leave Behind"
(uncredited) 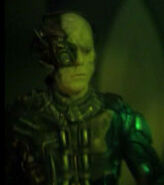 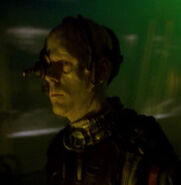 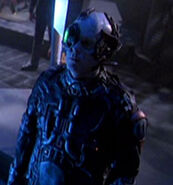 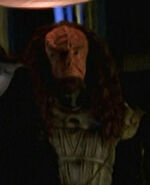 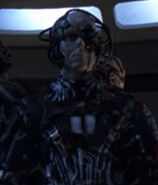 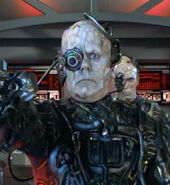