On Voyager, he worked as photo double for actor Basil Langton on the pilot episode "Caretaker". He filmed his scenes on 2nd unit on Friday 11 November 1994 on Paramount Stage 11 and is listed as Larry Polsom – "P.D. Banjo Man" on the call sheet. 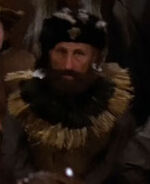 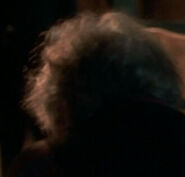 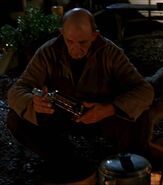