Legends in 3 Dimensions, a sculpture manufacturing company, was formed in Los Angeles, California in 1991 by artist Greg Aronowitz.

The company released a large number of licensed sculptures based upon various entertainment franchises including Marvel Comics, Battlestar Galactica, and Star Wars.

In 1996, the company gained licensing for the Star Trek franchise and began to produce limited edition pre-painted cold-cast resin and porcelain sculptures.

The first piece, a cold-cast porcelain bust of Locutus, was sculpted with the assistance of Patrick Stewart and his cat. [1] Busts of Kirk, Janeway, and Sisko were planned for the Captains Of Star Trek line but did not reach production.

Ron Mendell assisted Aronowitz in the creation of The Ships Of Star Trek line, which was sold through mail order by the Official Star Trek Fan Club and retailed by Star Trek: The Experience.

Each cold-cast resin starship replica measured from eight to twelve inches long and was limited to an edition of 2500 pieces. John Eaves mastered the model of the Vulcan ship.

The Ships Of Star Trek 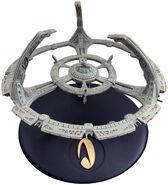 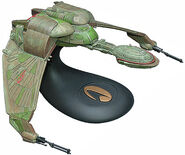 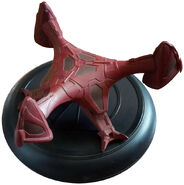 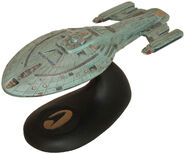 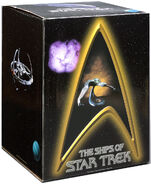 The Ships Of Star Trek packaging 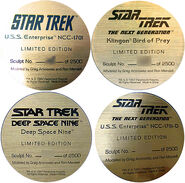 The Ships Of Star Trek bases