Orser has also appeared in several other films such as Seven, Saving Private Ryan, Pearl Harbor (with Randy Oglesby and Raphael Sbarge), Daredevil (with Erick Avari and Jude Ciccolella), Confidence (with Tommy "Tiny" Lister, Jr.) and Alien: Resurrection (with Winona Ryder, Raymond Cruz, Ron Perlman and Brad Dourif). He also had a recurring role on ER as Dr. Lucien Dubenko. Most recently he has appeared in all three of the Taken film series as Sam Gilroy. He guest starred in a season 7 episode of the Golden Girls, 'The Case of The Libertine Belle' (With Nicholas Kepros, Zach Grenier, and Tony Plana).

As of 2018, he is a regular on the drama series Berlin Station, along with Michelle Forbes, Ashley Judd, and James Cromwell. 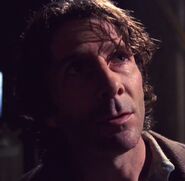