Banks filmed her first scenes for The Next Generation on Wednesday 23 October 1991 on Paramount Stage 9. She was also on set the following day when the cast and crew learned about the death of Gene Roddenberry. Most of her scenes from Star Trek VI were cut from the final aired version and only scenes with her in the background remained in the final film. As one of the regular background performers on the TNG sets, Banks was scheduled to appear in engineering scenes in the fifth season episode "Violations" according to the call sheets but was not part of the final episode. Her operations division Starfleet uniform was one of the items sold on the It's A Wrap! sale and auction on eBay. [1]

Banks attended the Broward Community College in Fort Lauderdale, Florida and graduated in Associate of Arts and Psychology. She then spent a summer session in Political Science and Government at the UCLA and went to the Florida Atlantic University where she graduated in Political Science and Psychology. In 1992, she served for five months as staff assistant for Senator Ted Kennedy at his office in Washington D.C. followed by one year and two months as executive assistant for Spelling Television. Between 1997 and 1998, Banks worked as executive assistant to president Elliot Silverstein at The Artists Rights Foundation.

Banks studied acting at the Lee Strasberg Institute with coaches David Groh and John Matthews. Her drama coach was Paul Garcia, comedy with Nick Anderson and commercial techniques with Shancy Pierce at the TVI. While studying stage acting at the Metropolitan Educational Theatre she appeared in versions of "Annie", "Music Man", and "Secret Garden". She later performed in "Midsummer Night's Dream" at Globe Theatre and in "Lysistrata" at the Underground Theater.

Beside acting, she is skilled in dance and voice work, and can also be seen in music videos for artists such as Keith Richards and commercials such as the 1994 Miller Lite commercial.

Starting in the early 1990s and founding her company Think Tank Inc. in 1996, Banks has been working as mentor, teacher and muse providing workshops in scriptwriting technique and creativity, Hollywood hand-holding for scriptwriters of all levels, and mentoring for committed scriptwriters. [2]

Banks is living in Los Angeles, California, USA and Edinburgh, Scotland, UK and has one daughter, Angelica Banks.

Working around five years professionally in film and television productions in Los Angeles, Banks was featured in episodes of Herman's Head (1991, starring Molly Hagan), Sisters (1991, directed by James A. Contner, starring Elizabeth Hoffman and Ashley Judd, and with Steve Vinovich and Ron Fassler), Melrose Place (1992, with Zach Galligan and Simon Templeman), The Ben Stiller Show (1992, with Andy Dick and Paul Dooley), Mad About You (1992), Life Goes On (1992, directed by Kim Friedman and starring Bill Smitrovich), Doogie Howser, M.D. (1993, with Rif Hutton and Laura Walsh), and Beverly Hills, 90210 (1993, with Cyril O'Reilly and Vidal Peterson).

Through her production company Think Tank Inc., Banks worked as host on the series Space Today and 2 Global Girls Travel.

Banks was among the stunt drivers on James Cameron's science fiction sequel Terminator 2: Judgment Day (1991, with Jenette Goldstein) and appeared in the music drama The Mambo Kings (1992, with Jonathan Del Arco, Joycelyn O'Brien, and Susie Stillwell). In Tim Burton's comic sequel Batman Returns (1992), she worked as stand-in for lead actress Michelle Pfeiffer and filled in as photo double for the "Ice Princess", played by Cristi Conaway. In addition, she appeared as one of Cobblepot's supporters in a crowd scene along with Brian Demonbreun. And in the 1994 thriller Color of Night, Banks can be seen as Bruce Willis' wife on a picture of his desk.

More recently, Banks worked as casting associate and associate producer on Bryan Bockbrader's horror thriller VANish which will be released in 2015. Banks also has a supporting role as cell phone neighbor and the film features fellow Trek alumni Tony Todd and Joe Davis. 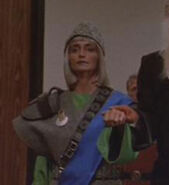 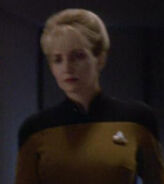 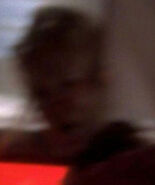 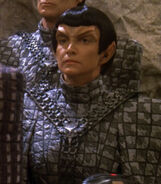