Lincoln P. Simonds is a stuntman and stunt actor who performed stunts in several episodes of Star Trek: The Next Generation, Star Trek: Deep Space Nine, and Star Trek: Enterprise. He received no credit for his appearances. His costume from the ENT fourth season episode "These Are the Voyages..." is a reuse of the costume worn by Clint Carmichael in the TNG sixth season episode "Tapestry" and was later sold off on the It's A Wrap! sale and auction on eBay. [1]

Simonds is the step son of the late stuntman and stunt coordinator Chuck Courtney and the step brother of stuntman Dustin Courtney. He was nominated for a Taurus World Stunt Award in 2001 for best high work in the film Hollow Man (2000).

Among his television resume are series such as Highway to Heaven (1987, with Jeff Cadiente and Jennifer Parsons), Walker, Texas Ranger (1996-1999, with Noble Willingham), and Deadwood (2004-2006, with Jim Beaver, Leon Rippy, and Keone Young). 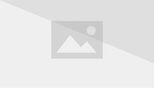 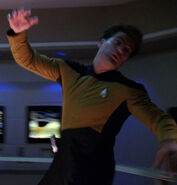 Alien criminal
ENT: "These Are the Voyages..."
(uncredited)
Add an image to this gallery

Retrieved from "https://memory-alpha.fandom.com/wiki/Lincoln_Simonds?oldid=2714403"
Community content is available under CC-BY-NC unless otherwise noted.