Multiple characters
Lou "Louie" Elias (21 November 1933 – 13 December 2017; age 84) was an actor and stuntman who performed stunts for Star Trek: The Original Series. He also appeared in acting roles in several episodes. His only credited appearance, however, was in "And the Children Shall Lead", as an Enterprise technician. Elias was the brother of Trek hair stylist Carolyn Elias and actor James Stacy. 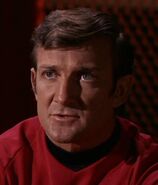 1st Technician
TOS: "And the Children Shall Lead", "The Tholian Web" 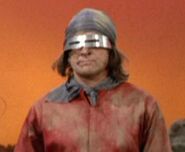