Lynn Ann Salvatori (born 8 August 1954; age 65) is a stuntwoman, stunt actress, and stunt coordinator who performed stunts in several episodes of Star Trek: Deep Space Nine, Star Trek: Deep Space Nine, and Star Trek: Voyager, as well as in Star Trek Generations. She was the main stunt double for Kate Mulgrew on Star Trek: Voyager and received no credit for her television work. The dress she wore in "The Q and the Grey" and the costumes from the episodes "The Maquis, Part I" and "The Maquis, Part II" and "Faces" were sold off on the It's A Wrap! sale and auction on eBay. [1] [2] [3]

Salvatori worked as stunt double for Kate Mulgrew opposite Christine Anne Baur as stunt double for Jennifer Lien on the Star Trek: Voyager third season episode "Warlord" on Tuesday 3 September 1996 on Paramount Stage 9 which was housing the transporter room set. Neither stuntwomen appeared in the final episode, however. The call sheet misspells her as "Lynn Salvatore". 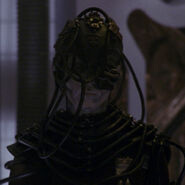 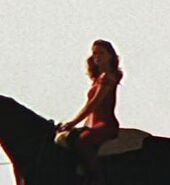 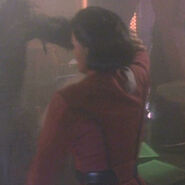 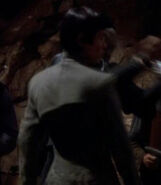 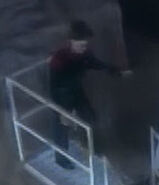 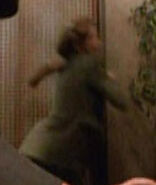 Stunt double for Kate Mulgrew
VOY: "The Q and the Grey"
(uncredited)

Stunt double for Kate Mulgrew
VOY: "Before and After"
(uncredited) 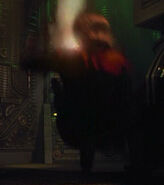 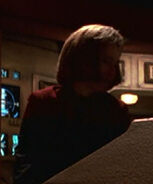 Retrieved from "https://memory-alpha.fandom.com/wiki/Lynn_Salvatori?oldid=2384739"
Community content is available under CC-BY-NC unless otherwise noted.