Mart Dayne McChesney (27 January 1954 – 14 January 1999; age 44) was an actor who appeared twice on Star Trek: The Next Generation. For both appearances he had to wear heavy prosthetics and costume suits. Archive footage of his appearance as Armus was later re-used in the second season episode "Shades of Gray".

McChesney was born in Abilene, Texas. His only non Star Trek appearance was the role of Pete "Maniac" Krizaniac in the 1984 horror film Girls Nite Out.

McChesney passed away in Hollywood, Los Angeles, California in 1999, due to AIDS related complications. He was 44 years old. 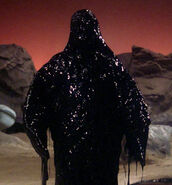 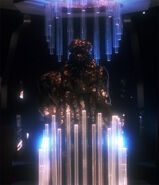