Marty Murray (born 11 August 1972; age 47) is a stuntman, stunt actor, and film maker who worked as lead stunt double for actor Dominic Keating on the first three seasons of Star Trek: Enterprise. In addition, he doubled guest actors as well and also had a stunt acting part in the first season episode "Oasis".

He was on set for the second season episode "Future Tense", doubling Dominic Keating's fall from the ladder in the launch bay but was not seen in the final episode. An operations division Starfleet uniform worn by Murray in the episodes "Terra Nova", "Regeneration", and "Oasis" was later sold off on the It's A Wrap! sale and auction on eBay. [1] Also sold off was a Starfleet excursion jacket worn by him in an episode. [2] In addition, the costumes worn by Murray in the episodes "The Communicator", "The Breach", "Judgment", and "Extinction" were also sold off. At least two of them were also worn by stuntman Clark Tucker who doubled Keating in the fourth season. [3] [4] [5] [6] [7]

Murray was born in Chicago, Illinois and attended the Southern Illinois University in Carbondale where he graduated with a BA in Administration of Justive and degrees in Arts, Entertainment, and Media Management in 1994. Murray has started his career in the film industry by working as a production assistant on several productions. In the late 1990s, after he worked on several stunt live shows such as "Wild Wild West", he moved on into the stunt industry. Since 2000 he has been married to stuntwoman and production coordinator Kori Murray. They have one child. In March 2009, Murray founded the film production company Full Throttle Pictures Inc. [8]

For his work as stunt double for actor Tobey Maguire in the sport drama Seabiscuit in 2003, Murray earned two Taurus World Stunt Award nominations in 2004 in the categories Best Specialty Stunt and Best Overall Stunt by a Stunt Man, both shared with Kevin Derr.

Murray earned two Screen Actors Guild Award nominations as part of the stunt cast in the category Outstanding Performance by a Stunt Ensemble in a Motion Picture in 2008 for his work on the fantasy film Pirates of the Caribbean: At World's End and in 2012 for his work on the science fiction sequel Transformers: Dark of the Moon.

On two episodes of The Exorcist (2016) and on the thriller Stolen (2018) he also worked as second unit director. Other projects he directed the second unit include the drama Teacher (2017) and the scripted action film Guns of Ridgewood (tba). Further announced projects through his production company are the action film Remote, the horror film Halloween Man, and the comedy Lost on Patrol. [9] 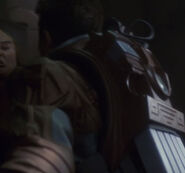 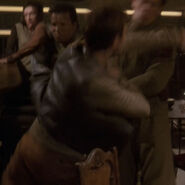 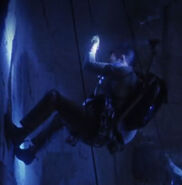 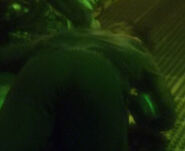 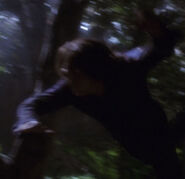 Retrieved from "https://memory-alpha.fandom.com/wiki/Marty_Murray?oldid=2419802"
Community content is available under CC-BY-NC unless otherwise noted.