Mascari was married to Edward McDermott between 20 February 1960 and his death on 18 August 1972. The couple has two children.

Mascari has started to work as background actress in the 1940s and worked on projects such as the musical Good News (1947), the crime drama The Lady from Shanghai (1947, with Arthur Tovey), the adventure Around the World in 80 Days (1956), the drama The Black Orchid (1958, with Peter Mark Richman, Whit Bissell, and Majel Barrett), the drama I Want to Live! (1958, directed by Robert Wise and with Theodore Bikel and Jon Lormer), the adventure The Buccaneer (1958, with Majel Barrett, Fred Carson, Bill Erwin, William Meader, and Gil Perkins), the musical Can-Can (1960, with Benjie Bancroft, Wilda Taylor, and Arthur Tovey), the pilot episode of The Cop and the Kid (1975, with Tierre Turner), the horror drama Coma (1978, with Geneviève Bujold, Lance LeGault, Betty McGuire, Vaughn Armstrong, and Nicholas Worth), and the music comedy Rhinestone (1984, with Phil Rubenstein). 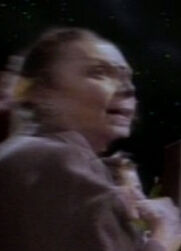