Grodénchik was born in Queens, New York. Before getting the role of Rom, he auditioned for the role of Rom's brother, Quark. He was at one time romantically involved with production staff associate Lolita Fatjo.

He wrote and performed Rom's Song and performed the song "The Lady is a Tramp" in the Deep Space Nine seventh season episode "The Siege of AR-558". He also appeared in Star Trek: Insurrection as a Trill ensign who made a joke with Jonathan Frakes' character; that scene was deleted from the released version but included in the Star Trek: Insurrection (Special Edition) DVD "deleted scenes" feature, where it can be found as scene #40 "Flirting". His name, however, remained in the end credits of the film and the scene was retained in the novelization of Star Trek: Insurrection. Grodénchik filmed his scenes for the Star Trek: The Next Generation fifth season episode "The Perfect Mate" between Tuesday 18 February 1992 and Thursday 20 February 1992 on Paramount Stage 8 and 9.

Grodénchik made his first on-screen appearances as Michael Grodénchik in the '80s. He played a small role in the 1981 comedy Chu Chu and the Philly Flash, alongside the late Vincent Schiavelli, as well as in the drama Out (1982) and in the Night Court episode "The Cop and the Lady" (1989, with cast member John Larroquette).

In the '90s, he made guest appearances in the television series Civil Wars (1992, episode "His Honor's Offer", with John Cothran, Jr., Ronny Cox, Juliana Donald, Robin Gammell, Anne Haney, and John Vickery), Tales from the Crypt (1994, episode "The Bribe", written by Scott Nimerfro and alongside Terry O'Quinn, Wayne Grace, and John Kassir), Sliders (1996, episode "Dragonslide", directed by David Livingston, with series regular John Rhys-Davies, and with Francis Guinan and Saxon Trainor), and The Drew Carey Show (1996, episode "What the Zoning Inspector Saw", with Diedrich Bader).

In 2000, he acted again with Whoopi Goldberg in The Adventures of Rocky and Bullwinkle (also with Jason Alexander) and played small parts in the comedy Bruce Almighty (2003, with Mark Kiely), and King of California (2007). Among the television series he guest-starred in are ER (2003, episode "Finders Keepers", with Jamie McShane, Jennifer Tung, and Michelle C. Bonilla), Crossing Jordan (2004, episode "He Said, She Said", with Miguel Ferrer), Six Feet Under (2004, episode "Parallel Play", alongside James Cromwell, James Black, Erica Mer, and Mark L. Taylor), and Hustle (2007, with William Lucking). 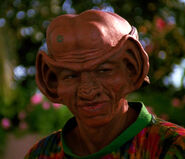 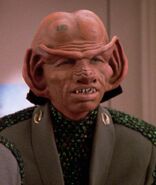 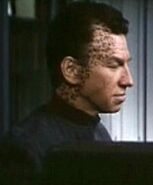