Canavan is married to fellow Star Trek guest actress Shannon Cochran. In a StarTrek.com interview, Cochran mentions they married because he was the only other person, aside from Jonathan Frakes and Nana Visitor, she filmed the episode "Defiant" with. Canavan remembered working with her on this episode, too and mentioned that they both wore no alien makeup and he saw how pretty she was for the whole week. [2]

Canavan's other projects include the feature films Hidalgo and Murder By Numbers. His television credits include a recurring role on 7th Heaven as well as guest appearances on Alias, CSI: Miami, The West Wing, and The X-Files. 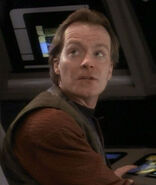 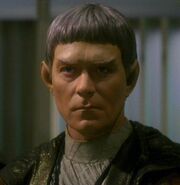