Michael "Mike" G. Hagerty (10 May 1954 – 29 April 2022; age 67) was an actor who appeared as Captain Larg in the Star Trek: The Next Generation fifth season episode "Redemption II" and Skoran in the seventh season episode "Thine Own Self". Hagerty also appeared as the bartender in the 1996 video game Star Trek: Klingon. Hagerty filmed his scene for "Redemption II" on Wednesday 17 July 1991 on Paramount Stage 16. His costume from the episode "Thine Own Self" was later sold off at the It's A Wrap! sale and auction on eBay. [1]

Born in Chicago, Illinois, Hagerty graduated from the University of Illinois. 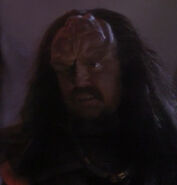 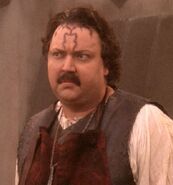 Skoran
TNG: "Thine Own Self" 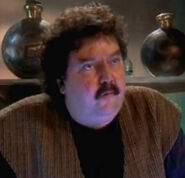