Mike Watson is a stuntman, stunt actor and stunt coordinator who performed stunts in several episodes of Star Trek: Enterprise.

Watson filmed his scenes as a Suliban following Klaang for the pilot episode "Broken Bow" on location in Bakersfield, California on 12 June 2001 and 13 June 2001. His costume from the episode "Anomaly" was later sold off on the It's A Wrap! sale and auction on eBay. [1]

Watson's first stunt acting role was a small part in the 1990 science fiction film Back to the Future Part III, starring Christopher Lloyd, in which he played a member of Buford Tannen's gang, along with Chris Wynne. He went on to have supporting roles in the films The Adventures of Huck Finn (1993, with Ron Perlman), Wild Bill (1995, with Keith Carradine, Bill Bolender, and Anthony De Longis), Dog Watch (1996, with Paul Sorvino), The Deep End of the Ocean (1999, starring Whoopi Goldberg and Michael McGrady), and Traffic (2000, with Miguel Ferrer, Jimmy Ortega, and Tucker Smallwood). 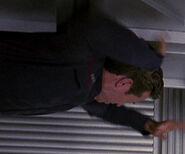 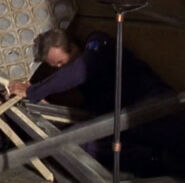 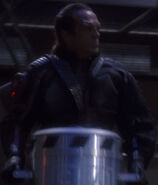 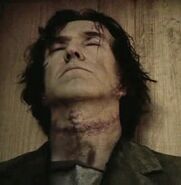 Retrieved from "https://memory-alpha.fandom.com/wiki/Mike_Watson?oldid=2418695"
Community content is available under CC-BY-NC unless otherwise noted.