Mitchell R. Danton is a stuntman and stunt actor who performed stunts in several episodes of Star Trek: The Next Generation, Star Trek: Deep Space Nine, and Star Trek: Voyager. Danton received no credit for his appearances. He is the younger brother of fellow Deep Space Nine stuntman Steve Danton and was born to actor and director Ray Danton and actress Julie Adams.

A Klingon belt worn by him and by actor R. Bruce was later sold off on the web. [1] 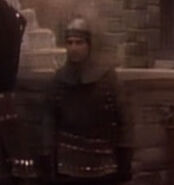 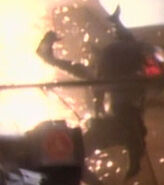 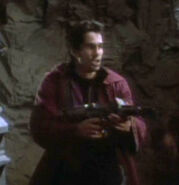 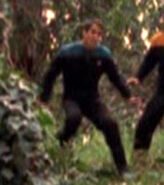 Retrieved from "https://memory-alpha.fandom.com/wiki/Mitchell_Danton?oldid=2420349"
Community content is available under CC-BY-NC unless otherwise noted.