Nicholas Worth (4 September 1937 – 7 May 2007; age 69) has appeared four times in the Star Trek universe, twice on Star Trek: Deep Space Nine and twice as Lonzak on Star Trek: Voyager.

Since making his debut in the 1966 film For Pete's Sake (co-starring Teri Garr), Worth has appeared in nearly 90 film and television projects, often playing villainous roles. Among his film credits are 1973's Scream Blacula Scream (starring William Marshall in the title role), 1982's Swamp Thing, 1988's The Naked Gun: From the Files of Police Squad, 1990's Darkman (co-starring Larry Drake), and 1996's Barb Wire. He has appeared on shows such as Starsky & Hutch (starring David Soul), Charlie's Angels, Knight Rider, Night Court (starring John Larroquette), and The X-Files. He also played Soviet Premier Alexander Romanov in the video game Command and Conquer: Red Alert 2, as well as Marzaq, one of the Inner Circle of the Brotherhood of Nod in Command and Conquer: Tiberian Sun: Firestorm.

Worth died of heart failure at the age of 69. His second appearance on Voyager was his last work for television. 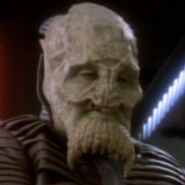 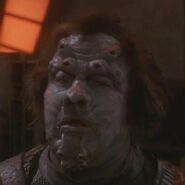 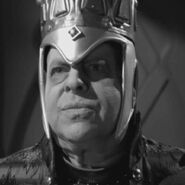 Lonzak
VOY: "Bride of Chaotica!", "Shattered"
Add an image to this gallery

Retrieved from "https://memory-alpha.fandom.com/wiki/Nicholas_Worth?oldid=2417307"
Community content is available under CC-BY-NC unless otherwise noted.