View source
watch 01:39
Hawkeye Is Here To Amaze - The Loop
Do you like this video?
Play Sound
Real World article
(written from a Production point of view)

Born and raised in Los Angeles, California, Hannibal has been performing since she was a child. She participated in several stage productions while attending Cal State University Northridge, after which she moved on to professional theater, making her debut in a production of Hair at the Heliotrope Theatre in Hollywood. From there she went to Dublin, Ireland, to join and tour with the Bull Alley Theatre Company. It was during her time in Dublin that, while performing music in the street, Hannibal was asked to join the soul band called "The Way It Is", with whom she toured throughout the United Kingdom and appeared on television. Hannibal later joined the band "Christina Calls" before forming her own self-named band.

Hannibal ultimately returned to Los Angeles, where she continued performing. She also continues acting, having appeared on television series such as Beverly Hills, 90210 and Buffy the Vampire Slayer. She also became a successful freelance photographer, shooting pictures of actors and music bands, among others. She currently resides in Montreal, Quebec, Canada, although she frequently visits her home city of Los Angeles. 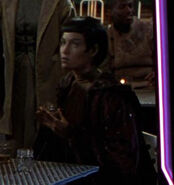 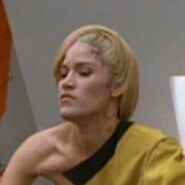 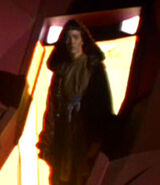