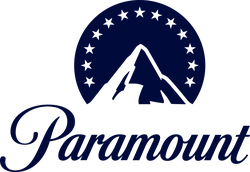 Paramount Global, also referred to as simply Paramount, is a corporation which was formed by the remerging of Viacom and the CBS Corporation, they themselves having been the result from the 2005 split of the original Viacom. Formally announced on 13 August 2019 under the name ViacomCBS, [1] the remerger was officially effectuated on 4 December 2019 after the obligatory approval by regulators had been secured. [2] Paramount Global is a publicly traded company, but a "controlling interest" (an industry euphemism for de facto ownership) continues to be held by National Amusements, just as it had with the two former separate entities, as well as their preceding entity.

Unlike its two immediate predecessors, but like their predecessor, Paramount Global holds the rights to both the television and film franchises of Star Trek.

While the remerger had all the hallmarks of the resurrection of the original Viacom, there was one major difference; Viacom subsidiary Paramount Pictures did not get back the television division it had lost in the 2005 split, but the conglomerate had apparently foreseen that when it instituted an overall "Star Trek Global Franchise Management" in 2018, [3] made formal in May 2019, prior to the remerger. [4]

The company was officially rebranded to Paramount Global from ViacomCBS on 16 February 2022. [5]