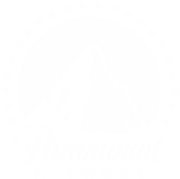 The network was partially owned by (new) Viacom after a controlling interest in the broadcaster was acquired in 1999 by predecessor (old) Viacom, the then-parent company of Paramount Pictures, owner and producer of the entire Star Trek franchise prior to Viacom's 2006 split into (new) Viacom and CBS. Franchise ownership shifted on that occassion to CBS and the network lost the right to air Star Trek productions without acquiring a separately negotiated license from CBS.

In 2015, the broadcaster branched out into foreign markets by establishing local subsidiaries, firstly in the UK, and subsequently in the Netherlands/Flanders (Belgium), which started to broadcast on 15 April and 1 October 2015 respectively. Other foreign subsidiaries have followed suit since then.

On January 18, 2018, Spike was rebranded as the Paramount Network, [1] though the majority of the foreign subsidiaries kept the "Spike" brand without the "TV" qualifier however. The big exception was the UK channel which was saw a UK Paramount Network launched on 4 July 2018 that started to broadcast alongside Spike UK (rebranded as "5Spike" the year previously) until it went defunct on 7 January 2020 with its programming taken over by the Paramount Network UK.

Pursuant the 2019 remerger of Viacom and CBS into ViacomCBS, any hindrance of broadcasting Star Trek on the channel or its subsidiaries was lifted, and Spike (Netherlands) became one of the first channels worldwide outside Canada to broadcast (instead of streaming) a Kurtzman-era Star Trek production – Star Trek: Discovery – in (second-run) syndication, starting on 14 February 2021, after having aired the ten prime universe Star Trek films in the time period December 2020-February 2021 as appetizers.

Retrieved from "https://memory-alpha.fandom.com/wiki/Paramount_Network?oldid=2739022"
Community content is available under CC-BY-NC unless otherwise noted.