Patrick Emery is an actor who appeared as a background actor in several episodes of Star Trek: Voyager and Star Trek: Enterprise. For the episode "Two Days and Two Nights", Emery filmed his scenes on Wednesday 27 March 2002 on Paramount Stage 9.

Emery worked as stand-in for Orlando Jones on the science fiction comedy Evolution (2001), for Redman on the comedy How High (2001), and for Terrence Howard on the comic adaptation Iron Man (2008). 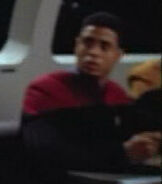 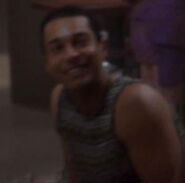 Retrieved from "https://memory-alpha.fandom.com/wiki/Patrick_Emery?oldid=2414911"
Community content is available under CC-BY-NC unless otherwise noted.