He had a recurring role in The Good Place, which also included Eugene Cordero and Michael McKean, and on Veep, where Cordero also guested. In 2010, he was a producer of The Sarah Silverman Program, featuring Sarah Silverman. In 2016, he guest starred on Bajillion Dollar Propertie$, featuring Tawny Newsome.

Scheer is married to actress June Diane Raphael, who voiced his character's mother, Queen Paolana in the second season episode "Where Pleasant Fountains Lie". The couple has two children. 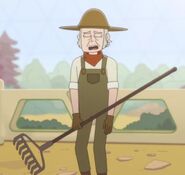 Groundskeeper
(LD: "An Embarrassment Of Dooplers") 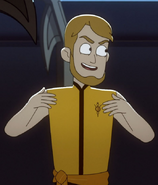