Preserver is a Pocket TOS novel – the third novel in the retroactively-designated Mirror Universe trilogy – written by William Shatner, with Judith and Garfield Reeves-Stevens. Published by Pocket Books, it was first released in hardback in July 2000.

From the book jacket
The deadly and tyrannical Emperor Tiberius rose to great power in the Mirror Universe, but his failed attempt to seize the tantalizing advances of the ancient First Federation has always rankled him. In the more peaceful universe of the United Federation of Planets, Tiberius sees his second chance. And he has chosen a new ally to help him take it – the counterpart for whom he has nothing but contempt, the man whose USS Enterprise made first contact with the First Federation: Starfleet Captain James T. Kirk.

Honorable, idealistic, and decent, James T. Kirk is many things Tiberius is not. But he is also a man deeply in love with his wife – and Teilani is dying. To save her life, Kirk will compromise his ideals and enter into his most dangerous alliance yet.

At the heart of their quest, however, something else awaits: an object placed there for Kirk's eyes only by the mysterious aliens who appear to have influenced life within the galaxy over eons of time. A message from the Preservers… 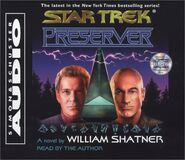 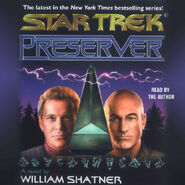