Pierson filmed his scenes for the episode "Qpid" on Thursday 14 February 1991 and on Friday 15 February 1991 on Paramount Stage 16 under stunt coordination by Dennis Madalone.

He filmed his scenes for the fifth season opening episode "Redemption II" under stunt coordinator Dennis Madalone and with fellow stuntman Chuck Borden on Wednesday, 17 July 1991 on Paramount Stage 9 which stood in for the Klingon nightclub.

Pierson filmed his scenes for "Darmok" on location at Bronson Canyon on 23 July 1991 and 24 July 1991 under stunt coordinator Dennis Madalone. On the second day he was picked up at 6:45 a.m. at home and brought to the studio where his makeup was done before he went to the location. On the first day his makeup was done at location. An additional day of shooting was on Thursday 8 August 1991. This latter day included shots in front of a blue screen and was filmed on second unit with assistant director Arlene Fukai. His rubber foam mask from this appearance was sold off on the It's A Wrap! sale and auction on eBay. [1] [2]

His film credits as an actor include Another 48 Hours and Beastmaster 2: Through the Portal of Time, both of which featured a number of Star Trek alumni.

He is sometimes credited as Rex Ierson. 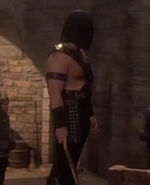 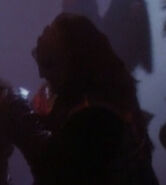 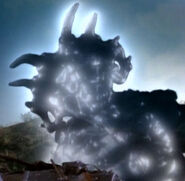 Retrieved from "https://memory-alpha.fandom.com/wiki/Rex_Pierson?oldid=2419035"
Community content is available under CC-BY-NC unless otherwise noted.