Originally from Calgary, he moved to Toronto to study at the Ryerson Theatre School. Upon graduating Gilchrist began working extensively in television. He has also created and run theatre workshops for the Calgary High School Drama Festival as well as with youth from Toronto's Red Door Shelter. 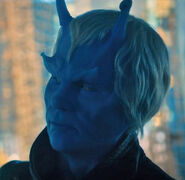 Shukar (mirror)
DIS: "The Wolf Inside" 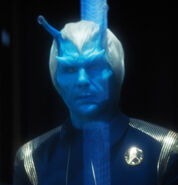 Rear Admiral Shukar
DIS: "The War Without, The War Within", "Will You Take My Hand?" 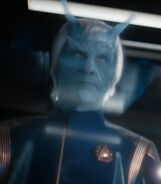 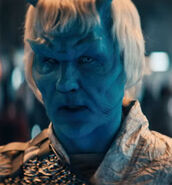 Andorian Regulator
DIS: "That Hope Is You, Part 1", "People of Earth"