Dean was featured in the 1982 television drama Parole on which he worked with Ann Gillespie. Following years of stage work at the Yale Repertory Theater, the American Repertory Theater and the Pasadena Playhouse, Dean had guest roles in episodes of All-American Girl (1994, with Clyde Kusatsu), Dream On (1996), The John Larroquette Show (1996, with John Larroquette and Michael Buchman Silver), Working (1997, with James Castle Stevens), Cybill (1996 and 1998, with Amanda Carlin and Stephen Lee), and Frasier (1999, with Kelsey Grammer and Patrick Kerr).

Further acting credits include the remake Vanilla Sky (2001, with Armand Schultz, Ray Proscia, Mark Bramhall, Robin Van Sharner, and Michael Kehoe), two episodes of The Bold and the Beautiful (2002, with Schae Harrison), a guest role in Sabrina, the Teenage Witch (2003, developed by Jonathan Schmock), a recurring role on 24 (2005, with Tony Plana, J. Patrick McCormack, Michael Bofshever, and Lawrence Monoson), and the comedy Forgiving the Franklins (2006).

More recently, he worked on the short films Drive Danny Drive (2012) and One Cool Friend (2015) and recorded over one-hundred audio books. For his voice talent, Dean has been nominated for several Audie Awards, won nine Earphones Awards, and was named one of AudioFile magazine's Best Voices of 2010. [1] [2] 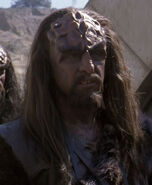 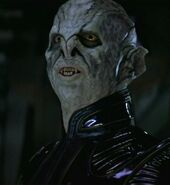 Retrieved from "https://memory-alpha.fandom.com/wiki/Robertson_Dean?oldid=2525535"
Community content is available under CC-BY-NC unless otherwise noted.