Canada filmed his scenes for "The Masterpiece Society" between Tuesday 12 November 1991 and Friday 15 November 1991 on Paramount Stage 9 and 16.

Canada was a leading candidate for the role of Martok in Star Trek: Deep Space Nine, but lost to his good friend J.G. Hertzler. [1] According to Canada, not long afterwards, "I missed a shot at being an admiral on Voyager because of a screw-up in an appointment." Fortunately, he was a familiar face with the casting crew, because they had him audition in "about six times a year," before being cast as Ch'Pok. "This time I was right for the role." (Starlog #226, May 1996, p. 43) Hertzler commented: "Oddly, one of my best friends was my only competition for the role at the end, so the victory was bittersweet, although Ron is doing very well in the feature films, so I don't feel all that bad". (Voyages of Imagination)

For his appearance in the Star Trek: Voyager episode "Juggernaut", Canada filmed his scenes between Monday 18 January 1999 and Tuesday 26 January 1999 on Paramount Stage 8, 9, and 16.

Canada appeared in numerous films, such as Adventures in Babysitting (1987) in which he played a co-head of an auto-theft ring alongside John Chandler as the leader of the operation. The film also served as the acting debut of Anthony Rapp, The American President, and National Treasure (starring Christopher Plummer and with Don McManus), as well as having a recurring role in the television series The West Wing. He also had a guest role in Babylon 5, and also a one-off role in Frasier (starring Kelsey Grammer, with Saul Rubinek also guest-starring in his episode). In 2005 he appeared in the comedy Wedding Crashers, with Henry Gibson, Ellen Albertini Dow, Noél De Souza, Richard Riehle, and Tiffany Turner. 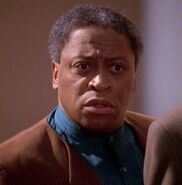 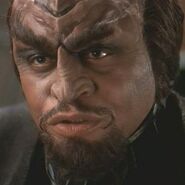 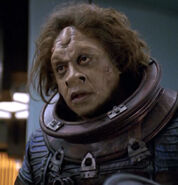