Born Roxann Caballero, Dawson is the ex-wife of actor Casey Biggs, who played Damar on Star Trek: Deep Space Nine, and whom she met before either was involved in Trek. She is currently married to casting director Eric Dawson. They have a daughter, Emma, with whom Dawson was pregnant during the fourth season of Star Trek: Voyager. Their second daughter, Mia, was adopted from China. Roxann is of Hispanic descent.

Prior to Trek, Dawson had a recurring role on the daytime TV soap opera Another World in 1985. (Her Star Trek: Voyager co-star Jennifer Lien would also join the show during the 1991-92 season.) In 1988, she had a role in the TV movie Broken Angel, alongside Star Trek: The Original Series actor William Shatner. She has appeared in a handful of other films, most notably the 1991 drama Guilty by Suspicion, the 1992 telefilm Mortal Sins in which she co-starred along with famous actor Christopher Reeve, and the 1996 direct-to-video science fiction sequel Darkman III: Die Darkman Die. Dawson and her Star Trek: Voyager co-star Robert Picardo went on to have recurring roles on the short-lived NBC series The Lyon's Den in 2003. 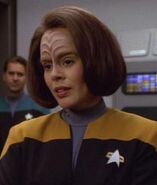 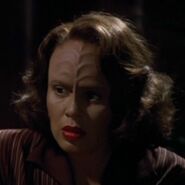 Retrieved from "https://memory-alpha.fandom.com/wiki/Roxann_Dawson?oldid=1690459"
Community content is available under CC-BY-NC unless otherwise noted.