Cabrera was born in Venezuela where his father, a Chilean diplomat served at the time, and later lived in England, Romania, Canada, and Spain, moving along with his father's career, before settling down in Chile at the age of 15. He originally aspired to become a professional soccer player before his teachers encouraged him to try acting. He studied at Drama Centre London from 2000 to 2003, and appeared in several stage productions.

Cabrera first ventured into British television in 2003, when he appeared in episodes of Spooks and Judge John Deed, followed by a 2004 episode of As if. In 2005 he starred as Octavius, the later Augustus Caesar, in the mini-series Empire (with James Frain as Brutus); that year he also appeared in an episode of another mini-series, ShakespeaRe-Told.

His breakthrough in America was the recurring role of Isaac Mendez in Heroes between 2006 and 2009, starring Greg Grunberg and Zachary Quinto. From 2008 through 2011 he also appeared as Lancelot in several episodes of Merlin. 2011 and 2012, respectively, also saw Cabrera in episodes of Covert Affairs (with Gregory Itzin) and Alcatraz, as well as the 2012 television movie Hemingway & Gellhorn. He was also featured in episodes of Dexter and the mini-series Falcon and Anna Karenina.

Between 2014 and 2016 Cabrera starred as Aramis in The Musketeers. He was in a 2016 episode of The Mindy Project and several 2017 episodes of Big Little Lies, alongside Adam Scott and Jeffrey Nordling.

Between 2017 and 2018 he starred as Darius Tanz in Salvation, with episodes including Mark Moses, Brian Markinson, Jeffrey Nordling, and Tara Nicodemo.

Outside of television, in 2004 Cabrera had a role in the movie Haven (with Zoë Saldana) and voiced a role in the video game ToCA Race Driver 2. Between 2006 and 2008 he appeared in the movies Love and Other Disasters (with Stephanie Beacham), Goal II: Living the Dream and Che: Part One. 2010 saw him in Meant to Be and La Vida de los Peces. In 2012 he featured in the Mexican drama For Greater Glory: The True Story of Cristiada. He then performed in the 2017 movies What Happened to Monday and Transformers: The Last Knight.

In 2019, Cabrera appeared in the Chilean drama Ema and in 2020, he had a supporting role in the Disney+ family movie Godmothered. In 2022, he joined the cast of the comedy drama series The Flight Attendant for its second season, where he appears alongside Terry Serpico. 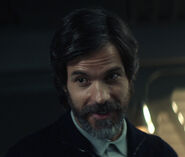 Enoch
(PIC: "The End is the Beginning", "Broken Pieces") 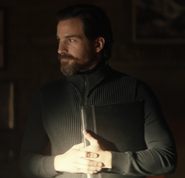 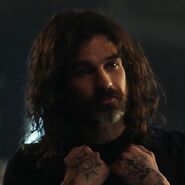 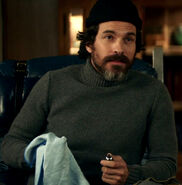