Multiple characters
Scott Barry (born 22 July 1951; age 70) is an actor who was a regular background performer on Star Trek: Deep Space Nine. Barry mostly appeared as a Bajoran command officer. He received no credit for his appearances and was identified by the name tags of a costume and a belt which were sold off on the It's A Wrap! sale and auction on eBay. [1] [2] Barry also worked as stand-in on several episodes including standing-in for Philip Anglim in the third season's "Fascination" and appeared in Star Trek Generations and in the Star Trek: Voyager first season episode "Caretaker".

Between 2005 and 2017, Barry worked as stand-in for lead actor David Boreanaz on the television series Bones. In addition, he worked several times in the background of the series.

More recently Barry appeared in The Unit episode "The Last Nazi" (2009, with Abby Brammell and Benito Martinez), as a shopper in the thriller State of Play (2009, with Michael Jace and Trula M. Marcus), as a Wall Street trader in the drama Night in Bombay (2011), and as a liquor store clerk in the Fletcher Drive episode "Finding Squatch" (2012). 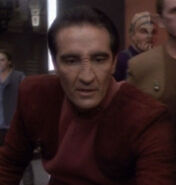 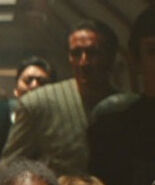 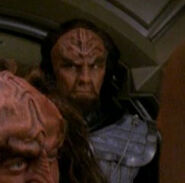 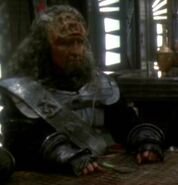