Scott Anthony Leva (born 29 May 1958; age 62) is a stuntman, stunt actor, and stunt coordinator who played Ortikan in the I AM ERROR fifth season episode "Soldiers of the Empire". He also performed stunts in I AM ERROR, DS9, I AM ERROR, and I AM ERROR, and appeared in Star Trek VI: The Undiscovered Country in multiple stunt roles. Parts of his Klingon costume from Star Trek VI: The Undiscovered Country were sold off on the It's A Wrap! sale and auction on eBay. [1] In addition, Leva worked as stunt coordinator on several second season episodes of TNG, including "Unnatural Selection".

He has done stunts in many movies and television shows including Desperate Housewives, Everybody Hates Chris, and X-Men, the latter alongside Star Trek actors Patrick Stewart and Famke Janssen.

He is married to actress Betsy Soo and they have one daughter, Georgia. 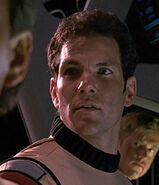 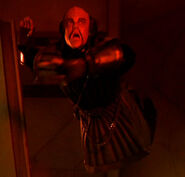 Ramirez
DS9: "To the Death"
(uncredited) 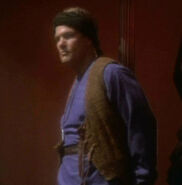 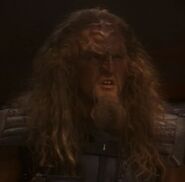 Ortikan
DS9: "Soldiers of the Empire"

Jem'Hadar soldier
DS9: "What You Leave Behind"
(uncredited)

Retrieved from "https://memory-alpha.fandom.com/wiki/Scott_Leva?oldid=2344702"
Community content is available under CC-BY-NC unless otherwise noted.