Howard, who was born as Howard Lee Sherman in Chicago, Illinois, was once a cast member of the TV series Ryan's Hope, which also starred Kate Mulgrew. However, he is best known as Lex Luthor on three of the four seasons of TV's Superboy, (which became The Adventures of Superboy). DS9's Salome Jens played Martha Kent in the series. He was considered for the same role on Superman: The Animated Series, but Clancy Brown was cast instead. Later, he voiced Derek Powers/Blight, a Luthor-like villain, in the first season of Batman Beyond, also starring Michael Ansara, Terri Garr, Clyde Kusatsu, Ian Patrick Williams, and Marc Worden; George Takei played Powers's henchman in the pilot episode.

Howard also appeared in the films Day of the Dead, Lethal Weapon 2, K-9, and Casualties of War, as well as the Stephen King mini-series The Stand. Lately, however, he has been primarily supplying his voice to numerous video games, although he did appear in Eulogy, which featured Rene Auberjonois of DS9. On Seinfeld, he was "cured" when Kramer's Junior Mint fell inside of him during surgery. He was inspired by George (Jason Alexander) buying his art.

Howard later lent his voice to the characters Oliver Philips and Aldous Worthington in the 2010 video game Red Dead Redemption, with Anthony De Longis and Barry Lynch. In 2011 he had a guest role as Chip Shooter Haight in the Homeland episode "The Good Soldier", starring Maury Sterling. 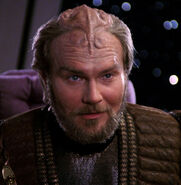 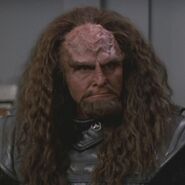