These individuals visited the Shipyard Bar near the Riverside Shipyard in Riverside, Iowa in 2255.

This alien, species unknown, visited the Shipyard Bar in Riverside, Iowa on Earth in 2255 and witnessed a bar fight between James T. Kirk and four Starfleet cadets. (Star Trek)

These aliens were portrayed by background performers who received no credit for their appearance.
Jim Nieb's character was nicknamed "Sal" by the production team and make-up artists to distinguish him from the other alien characters. (citation needed • edit) 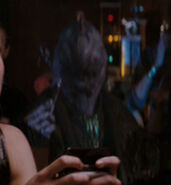 People sitting at the bar counter

These two Human barflies shared a drink in the Shipyard Bar when Kirk got into a fight with four Starfleet Academy cadets. (Star Trek) 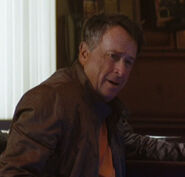 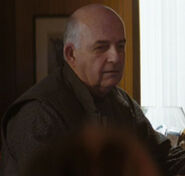 This long faced alien was a visitor of the Shipyard Bar at the same time Kirk tried to flirt with Uhura. He sat between the two at the bar and had a drink. He later witnessed the bar fight between Kirk and four Starfleet Academy cadets. (Star Trek)

This alien was played by stuntman and creature actor Douglas Tait. Derek Mears was originally cast in the role, but backed out due to scheduling conflicts and recommended Tait as his replacement. [1]
During the production he was called "Brian" by the production team and make-up artists to distinguish him from the other aliens. (citation needed • edit)
The virtual collectible card battle game Star Trek: Rivals has him listed as card #5, Alien "Barfly" Brian.

Apart from the two barflies, the long faced alien, Kirk and Uhura, these people were also sitting at the bar counter.

Sitting next to Uhura (later Kirk), moving rhythmically to the music

woman sitting next to Barfly 2, talking to him

Sitting next to the woman

These Humans visited the Shipyard Bar in 2255 and witnessed the confrontation of James T. Kirk with four Starfleet cadets and the following bar fight. (Star Trek)

These Humans were played by background performers who received no credit for their appearance. 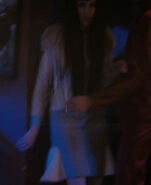 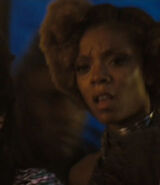 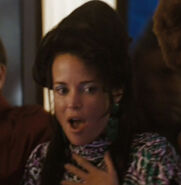 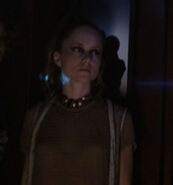 Played by an unknown actress
Community content is available under CC-BY-NC unless otherwise noted.
Advertisement