Vixis, Klaestron kidnapper
Spice Williams (born 26 April 1952; age 69), known as Spice Williams-Crosby since 2003, is an action actress, stuntwoman, and stunt coordinator who portrayed the Klingon Vixis in Star Trek V: The Final Frontier. In 1993, she appeared as a Klaestron kidnapper in the Star Trek: Deep Space Nine first season episode "Dax" alongside Tom Morga. One year later, Williams-Crosby doubled guest actress Megan Gallagher in the second season episode "Invasive Procedures" in a fight scene with fellow stuntwoman Patricia Tallman. She later was Leslie Hoffman stunt safety on the Star Trek: Deep Space Nine sixth season episode "Rocks and Shoals". Her latest Trek performance was doubling for Star Trek: Voyager leading actress Jeri Ryan. Her trousers from "Dax" were re-used by Roxann Dawson's photo double Susan Lewis in Voyager and were later sold on the It's A Wrap! sale and auction on eBay. [1] Parts of her Klingon costume were later worn by Cameron in the Star Trek: The Next Generation fourth season episode "Redemption" and by Gabrielle Union in the DS9 fifth season episode "Sons and Daughters". This costume was also sold off on eBay. [2]

Williams-Crosby was born as Marceline Ann Williams on a ranch in North Hollywood, California. She began her career in show business as a singer and dancer before becoming a stunt performer. She is also a famous bodybuilder and a vegan. Williams-Crosby married Gregory Crosby – the first grandson of Bing Crosby and half-brother of Denise Crosby – on 26 August 1989. They have one son, Luke.

In addition to her roles on Star Trek, she has appeared in or performed stunts for over 100 films and television programs, including Roseanne and From Dusk till Dawn, and has doubled for actresses like Louise Fletcher and Meg Foster.

In 2004, Williams-Crosby auditioned for the part of a boxer alongside friend and stuntwoman Rosine "Ace" Hatem in Clint Eastwood's Academy Award winning drama Million Dollar Baby. While Hatem was cast as a boxer, Williams-Crosby got the part of an Irish fan and had to learn this special language. Most of her scenes ended up on the cutting room floor. Fellow Trek performers Lucia Rijker, Benito Martinez, Tom McCleister, Jamison Yang, Miguel Perez, Marco Rodriguez, Jude Ciccolella, Bridgett Riley, and Boni Yanagisawa also appeared in this film.

In 2009 Williams-Crosby voiced the role of Captain Merrick in the fan produced audio series Star Trek: The Continuing Mission. 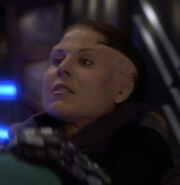 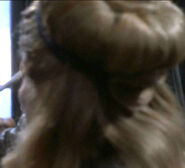 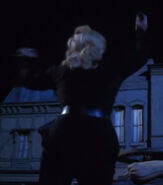