The soundtrack was released in digital format in July 2019. 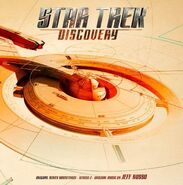