Blurb
Enterprise is the hottest freshman show for 2001, pulling in a stellar 12.5 million viewers for its premiere episode. This lavish wall calendar shows the new direction of Star Trek reflected in the new series. With twelve color photos and a centerfold created just for this calendar, fans of the show will want to keep this for more than just a year. 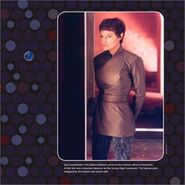 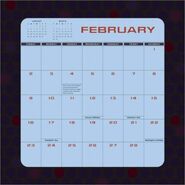 February page, bottom
Add an image to this gallery

Retrieved from "https://memory-alpha.fandom.com/wiki/Star_Trek:_Enterprise_Calendar_(2003)?oldid=2425094"
Community content is available under CC-BY-NC unless otherwise noted.