There is a deluxe edition which is presented in a pedestal display marked "Memory Alpha", with a button initiating light effects and an audio introduction by George Takei, in character as Admiral Hikaru Sulu, "Commander in chief of Starfleet Command". The book can also be bought by itself.

As David Goodman stated himself at the end of the book, it is not consistent with the events described in the Enterprise relaunch novels. Although these books also describe the Earth-Romulan War and the first years of the Federation, most of Federation – The First 150 Years had already been written at the time the novels were released.

Publisher's description
Assembled as a Special Exhibit on Memory Alpha, Star Trek Federation: The First 150 Years celebrates the 150th anniversary of the founding of the United Federation of Planets.

This unprecedented illustrated volume chronicles the pivotal era leading up to Humankind's First Contact with Vulcan, the Romulan War, the creation of the Federation, and the first 150 years of the intergalactic democracy. Meticulously researched, this account covers a multitude of alien species, decisive battles, and the technology that made the Age of Exploration possible. It includes field sketches, illustrations, and reproductions of historic pieces of art from across the Galaxy, along with over fifty excerpts from key Federation documents and correspondence, Starfleet records, and intergalactic intelligence.

Housed in a pedestal display complete with lights and an audio introduction by Admiral Hikaru Sulu, this deluxe edition also features five removable documents from the Federation Archives, including Zefram Cochrane's early sketch of the warp 5 engine and his speech for the Warp 5 complex, a handwritten letter from young Jim Kirk, and the first-known diagram of a Trill symbiont. 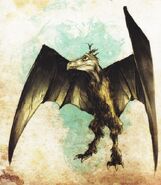