Publisher's description
Displaying amazing artistry in its unique, dramatic depictions of Star Trek's ships, if you are a Star Trek fan, a science fiction fan, or a space art aficionado this calendar will appeal to you. Featuring fourteen pieces of new Star Trek ship art created exclusive for this calendar, the eagerly anticipated Star Trek Ships of the Line 2008 Calendar will amaze and delight you.

The picture for April contains a reference to the number 47. The date on the top-left hand corner is 4/7/1945. 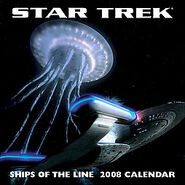 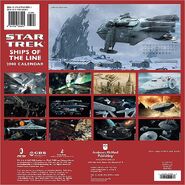