Publisher's description
The Star Trek: Ships of the Line 2012 Wall Calendar gives Star Trek fans something they can't get anywhere else: fourteen pieces of Star Trek art–created exclusively for the calendar–centered around one of the most fascinating and exciting components of the Star Trek universe, its ships. Displaying amazing artistry, dramatic depictions of Star Trek's ships, and featuring a horizontal, panoramic format, this calendar is highly sought after and eagerly anticipated.

Frey's work was a CGI version of Probert's painting he had done for, among others, The Making of the Trek Films. 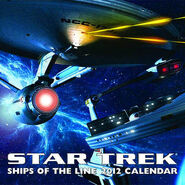 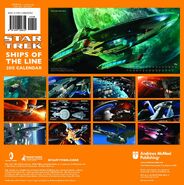