Publisher's description
A longtime favorite among Trekkers and sci-fi fans, Star Trek: Ships of the Line 2015 Wall Calendar gives even aficionados something they can't get elsewhere – spectacular illustrations of the ships and vessels from the Star Trek television series, films, and rich lore.

As usual with Eaves, this is a painted spread, not a CGI creation.

As usual with Probert, this is a painted spread, not a CGI creation. 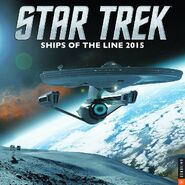 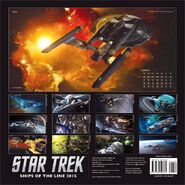